WHAT IS THE KETOGENIC DIET

What science says about ketogenic diets and why they probably won't help you "dry out" much. 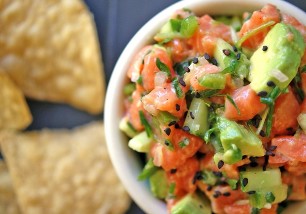 There are many different eating patterns, many of which even have beautiful names, such as the South Beach Diet, Weight Care Diet, Atkins Diet, HCG Diet, Volumetric Diet, paleo diet, IIFYM (literally "If It Fits Your Macros" - "if it fits your KBJU"), reverse carbohydrate load (carbohydrate-overload), ketogenic diet, which will be discussed today.

One of the most widely used diets is ketogenic. Despite the fact that many people use it to burn fat, this diet is surrounded by a lot of misinformation.

Perhaps the most misunderstood aspect of the ketogenic diet is the way it affects your athletic performance and ability to gain muscle and increase strength.

Ketogenic diet - from the word "ketosis"

Ketosis is a metabolic condition that occurs when the amount of carbohydrates in your diet is so low that the body simply has to use fatty acids and the metabolism of ketone bodies for energy. It seems that everything is simple, but let’s understand this process to understand why our body goes into a ketotic state.

Our bodies need enough energy in the form of ATP to function.

ATP is a universal source of energy for all biochemical processes in living systems.

A person needs an average of 1, 800 calories per day (you can calculate your personal rate on a fitness calculator) in order to produce enough ATP and stay stable. At the same time, the midbrain requires about 400 kcal per day and uses almost only glucose as energy. This means that a personneeds to consume 100 g of glucose per day just to maintain normal brain function.

What has this got to do with ketosis? With a ketogenic diet, we remove almost all carbohydrates from our diet, which means we are depriving our brain of glucose. But we need our brain to work somehow. Fortunately, the liver stores glucose in the form of glycogen and can donate a small amount of it to our brain to keep it functioning. Our liver can store an average of 100-120 grams of glucose. With a critical lack of carbohydrates for the brain to function, the liver enables us to function normally throughout the day. After all, however, the glucose reserves in the liver cannot be replenished quickly and carbohydrates are not only needed by the brain, so we have problems.

Our muscles are also a large storehouse of glucose - they contain 400-500 grams of glucose in the form of glycogen stores.

However, glycogen stores are not primarily designed to nourish the brain. Unfortunately, our muscles cannot break down glycogen and place it in the bloodstream to eventually nourish our brain, due to the lack of an enzyme in the muscle that breaks down glycogen (glucose-6-phosphate dehydrogenase).

In the absence of carbohydrates, the liver begins to produce ketone bodies that are carried through the bloodstream to our brain and other tissues that do not use fat for energy.

Let's move quickly on the biochemistry of these processes. When you "burn fat", the fatty acid molecules in your body are converted to acetyl-CoA, which in turn combines with oxaloacetates to start the Krebs cycle.

During ketosis, our liver uses as much fat as energy so that excess acetyl-CoA begins to produce ketone bodies (beta-hydroxyburat, acetoacetic acid and acetone).

Gradually, with a regular carbohydrate deficit, the body reaches such a state that this process begins to occur constantly and the level of ketone bodies in the blood increases significantly, then we can say that we are officially in a state of ketosis. .

A low carb diet and a ketogenic diet are not the same thing. 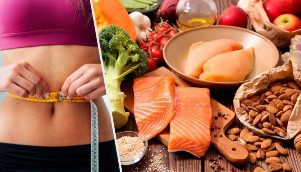 Low carb diet uses fats and carbohydrates for our daily energy needs. Our bodies do not store ketone bodies in the blood and our tissues do not use ketones for energy.

With a ketogenic diet, our body reaches the point where ketone bodies are produced in large quantities and used as fuel. During such diet-induced ketosis, beta-hydroxyburate levels may be between 0. 5 and 3. 0 mM / L. You can also buy blood ketone test strips and measure them yourself.

A low carb diet limits the amount of carbohydrates in the diet (often a little less than 100 grams per day), but beta-hydroxyburate levels do not reach 0. 5 and 3. 0 mM / L.

How to eat on a ketogenic diet

As we discussed above, a ketogenic diet should be high in fat and low in carbohydrates.

In traditional and strict ketogenic diets, 70-75% of daily calories should come from fat and only 5% from carbohydrates. The amount of carbohydrates you can consume while staying in ketosis varies from person to person, but you can usually consume up to 12% of your calories from carbs and stay in ketosis.

Protein intake is also very important. Most exercisers have got it in their head that they should consume large amounts of protein, perhaps this is one of the factors of unsuccessful ketogenic diets.

As we discussed earlier, theprotein when consumed in high doses can be broken down into glucose (during gluconeogenesis) and thus can not enter ketosis.Basically, if you consume more than 1. 8 grams of protein per 1 kg of body weight, then this amount will be enough to get out of ketosis.

Ideally, to improve ketogenic status and maintain lean muscle mass, your diet should be approximately 75% fat, 5% carbohydrate and 20% protein.

The phase of "adaptation" to a ketogenic diet

If you read the ketosis literature, you will see a general trend. There is the most special phase of "adaptation" in which people experience a turbulent state of mind, feel sluggish and lose energy. Basically, people feel really bad in the first few weeks of a ketogenic diet. This is probably due to the lack of essential enzymes in our body, which are needed to efficiently oxidize certain elements.

To survive, our body tries to regenerate itself to use other energy sources and learn to rely solely on fat and ketone bodies. Usually, after 4-6 weeks of adjustment to the ketogenic diet, all these symptoms disappear.

Ketosis and Athletic Performance: A Summary of Scientific Research

Let's take a look at some studies that may answer this question.

The first study included 12 people (7 men and 5 women, aged 24-60 years) who were on a ketogenic diet of self-described for an average of 38 days. Subjects underwent moderate to intensive training, their blood count, body composition and maximum oxygen consumption were measured.

The authors of the study themselves conclude: “Radical reduction of carbohydrates did not have a statistically significant impact on running performance, judging by the time when subjects began to get tired and the level of maximum oxygen consumption, but the composition of body weight improved, participantslost 3. 4 kg of fat and gained 1. 3 kg of lean muscle mass.

Thus, study participants lost weight but did not show any noticeable change in athletic performance. Subjects also decreased the body's ability to recover.

Another study included 8 men around the age of 30 with at least 5 years of training experience. Subjects sat on a mixed + ketogenic 4-week cross-style diet and did stationary bicycle exercises at different intensities.

The ketogenic diet also had a positive effect on body mass composition, as in the first study.

Here are the conclusions:

As with other studies, there was a marked change in body composition after the ketogenic diet: participants were able to lose weight. However, it should be borne in mind that the participants selected for this study were already quite “dry” (about 7% body fat).

It is also important to note that none of these tests looked at the glycolysis process as a source of energy, they were more tests that tested explosive strength, the phosphagenic system, and muscle fatigue tests.

In this study, 5 experienced cyclists performed maximal oxygen consumption and fatigue test (TEE) before and after a 4-week ketogenic diet.

Since this study is quite long, I want to focus only on performance and muscle glycogen levels. The TEE test showed a large difference between the participants. One course improved TEE scores by 84 minutes in 4 weeks, the second showed an increase of 30 minutes, while two subjects dropped by 50 minutes altogether, and one course remained unchanged:

Regarding muscle glycogen stores, a muscle biopsy showed that the glycogen storesafter the ketogenic diet were almost half of their normal values ​​. This fact is already enough to claim that high performance can be said goodbye.

Results of research on ketogenic diets

Let's take a look at what these 4 studies have in common:

While there is no clear benefit from conventional calorie restriction, ketogenic diets can be a good tool for weight loss. If you are looking to lose weight (maybe even through muscle mass), then maybe you should give it a try. Now let’s look at the mistakes people make with a ketogenic diet often so you don’t make them.

Consuming two proteins and carbohydrates together produces a greater anabolic effect than consuming these nutrients alone. In a ketogenic diet, you reduce carbohydrates. And since you also need carbohydrates and protein for optimal muscle growth, you are missing out on one or both of these key nutrients.

Conclusion: Ketogenic diets are neither optimal nor effective for building muscle mass and improving athletic performance. However, they can help you lose weight - just like any other calorie restriction below your personal daily value. 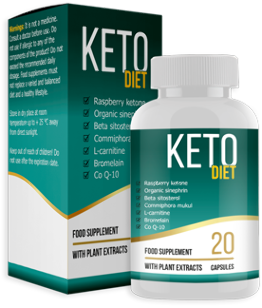